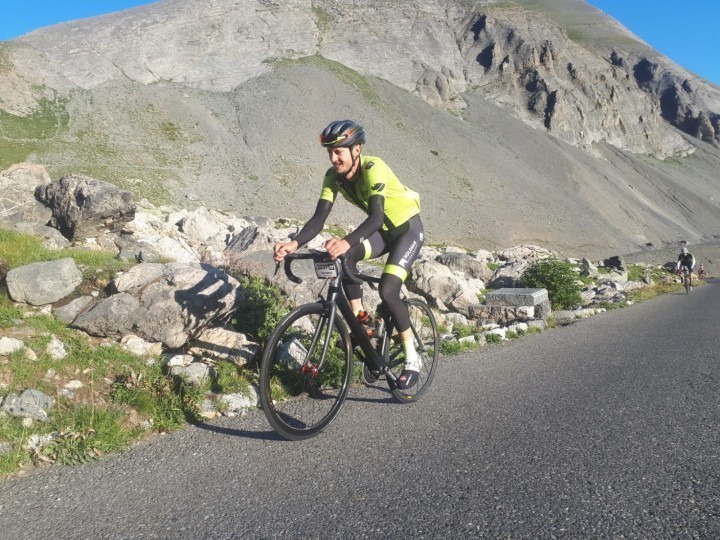 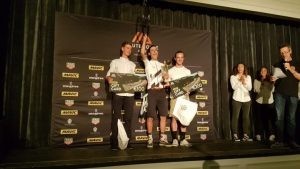 Liam Holohan, left, on the podium after coming third in the 2018 Haute Route Alps

After a fierce battle on the French roads, a Shropshire cyclist has finished on the podium in the 2018 Haute Route Alps.

The event saw 400 riders cycle nearly 800 km, climb more than 20,000 metres in just seven days through the French Alps from Megeve to Nice, tackling the most famous cols including the Colombière, Madeleine, Galibier, Lautaret, Izoard and Bonette.

The Haute Route finished on Sunday (Sept.1) with cyclists crossing the finish line on the Promenade des Anglais in Nice.

Mr Holohan said: “It was an arduous week of riding and took many months of hard training and careful eating to get in to the right condition to compete for the win.

“I won the first two stages and held the leaders jersey, but had a bad day on stage three with some stomach issues and slipped down to fourth, five minutes behind the leader. I spent the next four stages clawing my way back, but in the end had to settle for third overall.

“The winner, Carlo Fino, was particularly strong at high altitude on the Bonette, Galibier and Izoard and proved to be a worthy opponent who thoroughly deserved the overall win.’’

The rest of the team also rode extremely strongly throughout the race.

Matt Davies was consistently riding in the top seven or eight for the first five stages, until an unfortunate crash on stage six, saw him unable to complete the event.

Tom Pook exceeded expectations and finished a superb 13th overall after strong riding throughout the week.

Chris Pook finished an excellent 25th overall, having come into the event on the back of a bad training crash that was followed by a period of illness in the crucial rest week before the race started.

He said: “You have to train extremely hard for a seven day race in the high mountains. This is something we all committed to nearly a year ago now and it involves making a number of sacrifices to ensure you have the correct condition come race day.

“To do well, you also need a great deal of support from loved ones as most weekends are dedicated to four to five hour training rides, which leave you fairly exhausted afterwards. This is certainly my last seven day race for a while as it is now time to concentrate on my young family as they are growing up fast!”

“You are practically guaranteed some of the most spectacular riding on offer in the local area, as they always select the biggest mountain passes and attractive finish locations,” he said. “Descending the Col D’Eze onto the final day and riding the corniche road above Beaulieu Sur Mer, was certainly a highlight as you knew that the hard riding was done and you could finally relax and unwind.’’

“Our final race of the season will be the Vuelta Majorca Masters in early October and we’re looking forward to making our mark there too.”

Mr Lawrence, who also sponsors the team with Cooper Green Pooks, Doppio Protection and Holohan Coaching, said he was very proud of the achievements of all of the riders who competed in the Haute Route Alps.

“It’s an incredibly tough event with riders from all over the world competing.

“For all four to be placed in the top 25, and for Liam to finish on the podium, is just superb.”

Our J&PR book club is back! 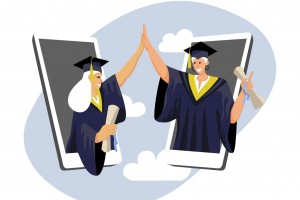 What do you need to know about Google's content update? 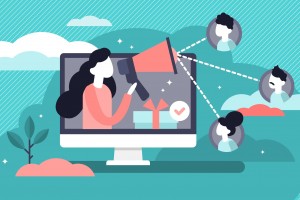 The hidden gem of using a PR agency 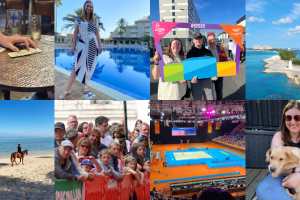 Is it time to BeReal? 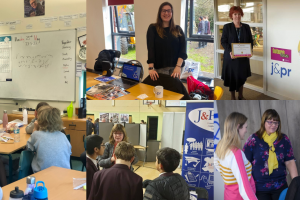 Supporting The Future of PR 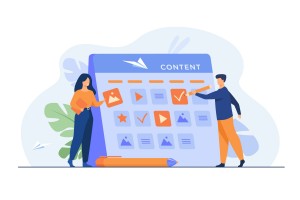 Are you using awareness days to their full potential? 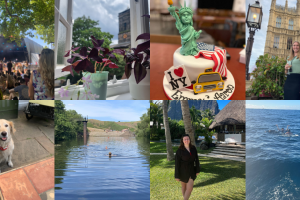 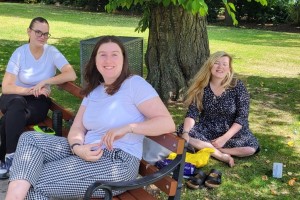